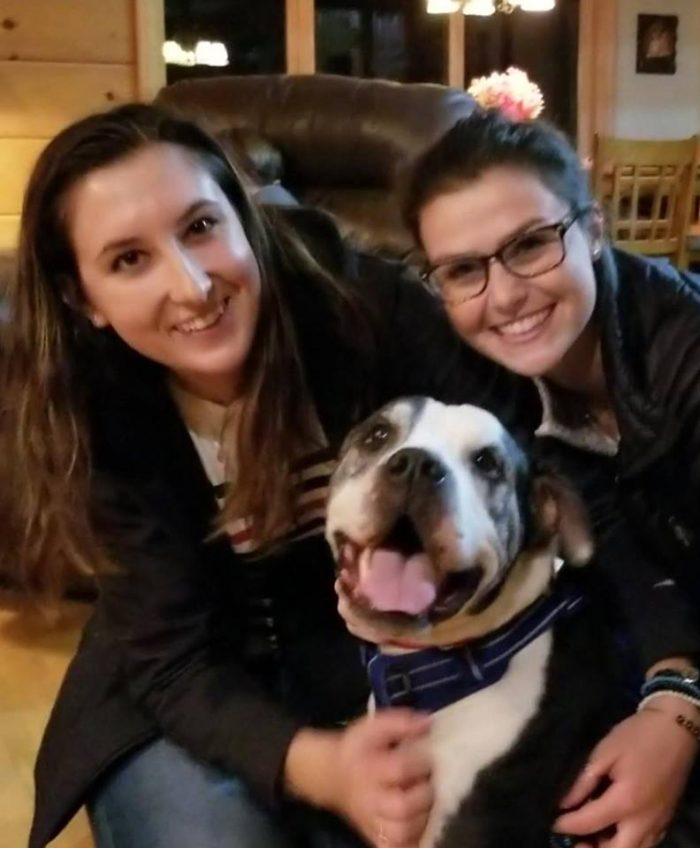 Those of you who have been following our Facebook posts will recall a delightful sato named Fresco, whose story has touched the life of many animal lovers, from Puerto Rico to New England. This destitute boy was rescued by Hearts and Tails when he was found in dreadful condition by our volunteer partners. Although covered in lacerations, emaciated, and in serious need of medical attention, his only request from humans was for some love and attention. Despite all of the hardships Fresco had experienced, his crooked tail always wagged non-stop. His journey with us has been lengthier than most, and we’ve continued to grow increasingly fond of him with each passing day.  To be sure, anyone who has ever had the pleasure of meeting Fresco has become instantly smitten with him. His spirit and love of affection could melt even the coldest of hearts.

After waiting patiently for several months, this perfectly imperfect sato eventually found the best family he could ever ask for. Hannah and Sammi fell immediately and irrevocably in love with him – and he, with them.  For Hearts and Tails, saying goodbye to Fresco as he left with his new family was an emotional event, filled with bittersweet tears and lots of hugs.

Witnessing, and being a part of his journey has been a wonderful and rewarding experience. Fresco will always hold a very special place in our hearts. We love you, you big goofball!